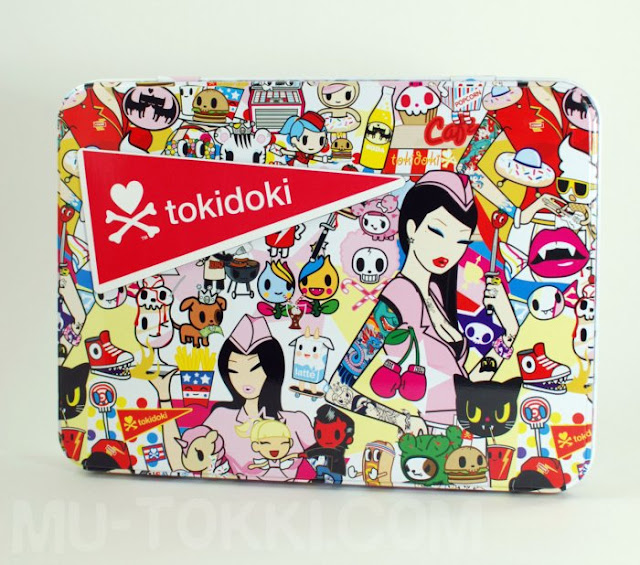 I ❤ tokidoki! I've been collecting their purses for years now and I'm so glad their makeup is actually good quality because I would buy it anyway. The recent release of the Soda Shop collection is so cute and girly. It even has Donutella (my favorite character) featured in the print!
Hit the jump for lots of photos and swatches~

For the most part, Sephora's online description of the palette is accurate.

Now for my nitpicking. First off, Sephora lists Furbina as "Forbino" and as a dark purple, which I do not agree with. To me, it looks like a darker version of Arrosto with purple sparkles. And the purple sparkles only look like they were on the top of the eyeshadow pan, not throughout it. Also, initially, Arrosto looks very matte and more black than gray. It looks like there are some silver specks (seemingly) in the rest of the pan after swatching, however. Keep in mind that I would need to use both Arrosto and Furbina more to confirm my (minor) complaints about them. Personally, I would not describe Romeo as a plum color, but only because I would expect a plum color to be more on the purple side. Romeo looks like a dark cranberry color to me and the name totally suits the actual color! On my arm, it is a bit lighter than Benefit's Pluming for Gold cream shadow (not shown). 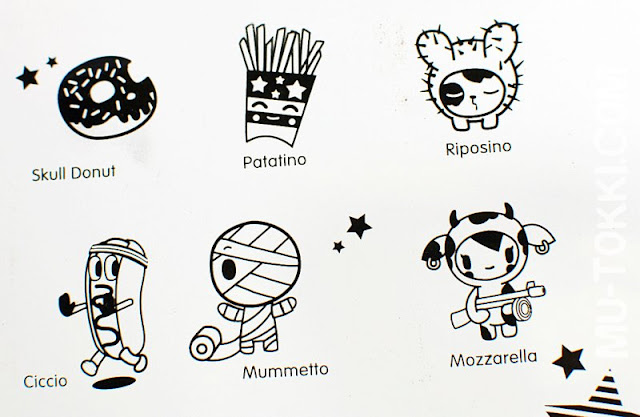 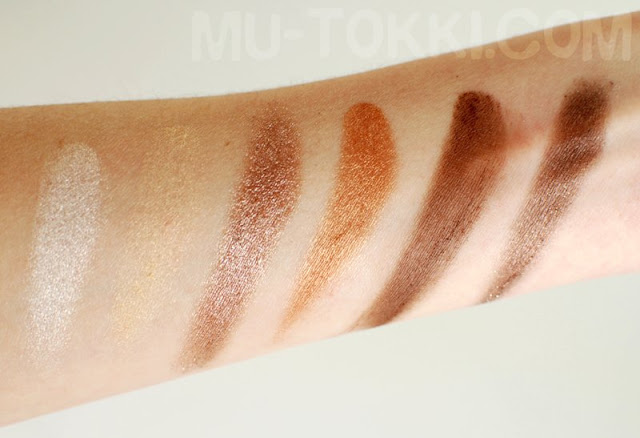 I don't have any serious complaints about this palette. Nearly all of the shimmery colors are decently pigmented and do not take much layering to get a good amount of color. Patatino is the one shimmery color that isn't like the others in that the color is so pale. Same with Ciotolina, since it was much less pigmented than I was expecting it to be after seeing the color in the pan. Riposino was a bit streaky when I swatched it, but it is very pigmented. Mummetto is a matte brown that was very streaky and had the most fallout for me. Behind that one is Tulipano which is a pinkish lilac that was a bit streaky but didn't have as much fallout as Mummetto. Overall, the eyeshadows apply smoothly, are buildable and blend well with each other. 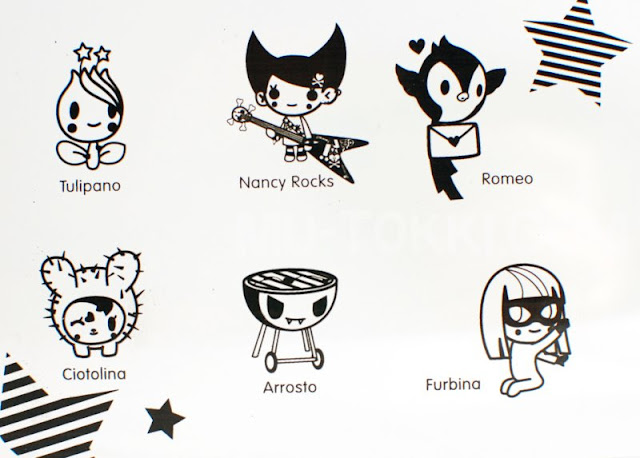 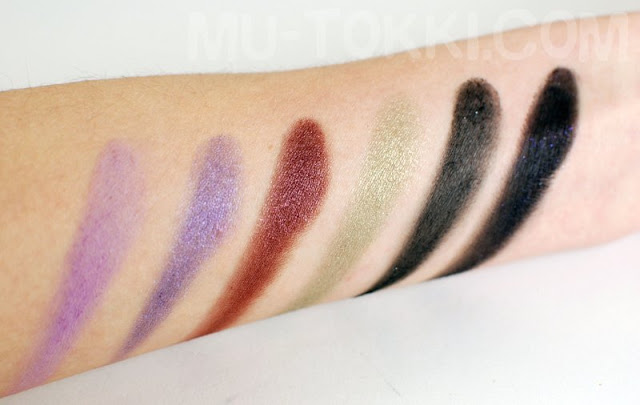 My bias aside, I do think the new tokidoki palette is worth its 49$ price tag. Disregarding everything else that comes in the set, it would be approximately 4$ per eyeshadow, which I think is fair. I love the characters' names and how each of them match their own eyeshadow color. Most of them are pigmented enough for me to make up for the few others that are lacking. Plus, I do have a universal expectation of any matte eyeshadow having tons of fallout simply because it is matte. I also really like that it came with an eyeliner because I've been wanting to try them! Even if you aren't a tokidoki fiend like I am, I would definitely recommend this palette, it has a good variety of colors and the tin it's housed in is adorable and useful.
✖ Related post:
Posted by Unknown