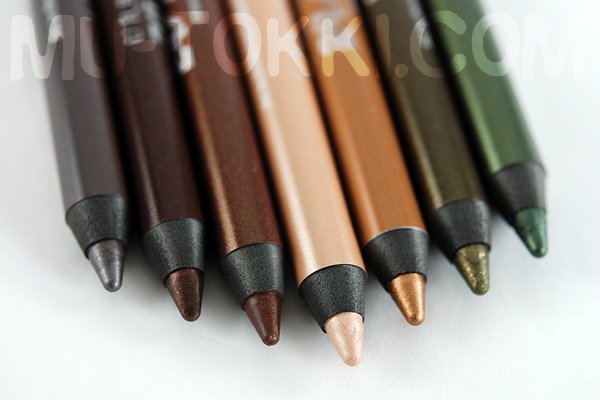 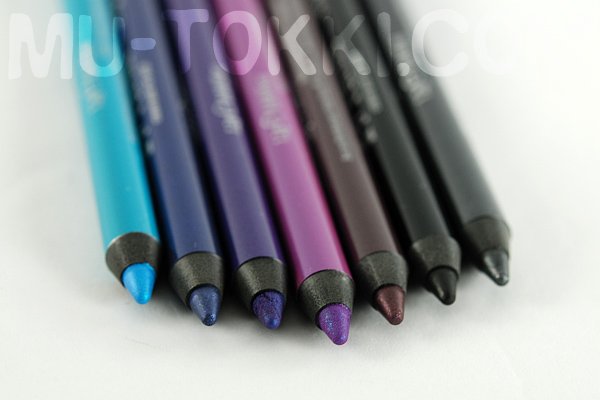 I love Urban Decay, but lately I feel like they've been missing the mark on their packaging. 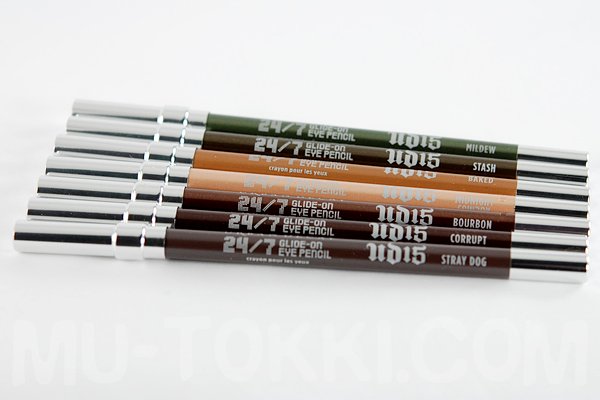 I'm a big fan of packaging (though ugly packaging doesn't stop me from buying a good product), and ultimately had to throw away the box that this set came in. The packaging itself was imperfect anyway, and infused with this awful plastic (factory?) smell that would not go away. Trying to keep the box only perpetuated my frustration with the set because I would get physically ill from the smell. I am super sensitive to smells and it just got to the point where I couldn't deal with it any longer then finally decided to give up. Plus, it's not like I didn't try anything to get rid of the smell for about three months either. 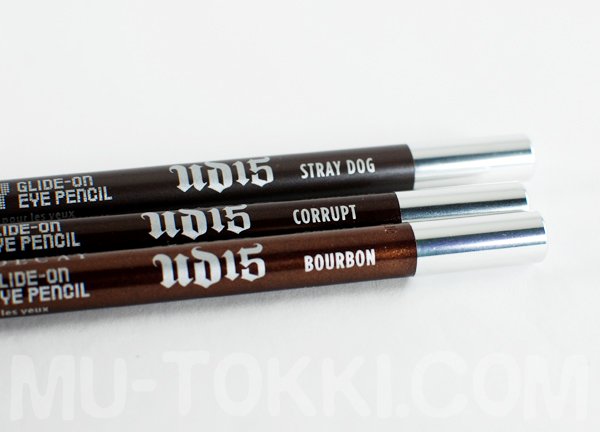 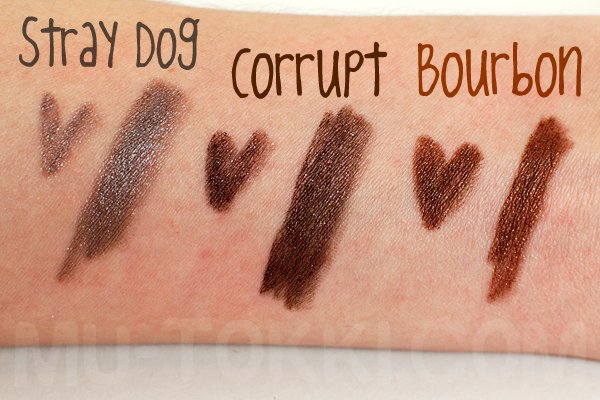 Generally, I really like Urban Decay's eyeliners. They're smooth, creamy, apply well, last throughout the day, are waterproof, and the range of colors is bright and pretty. This set is good in terms of value (although the price tag doesn't make the purchase any less painful!) since an eyeliner typically retails for 17$ individually. 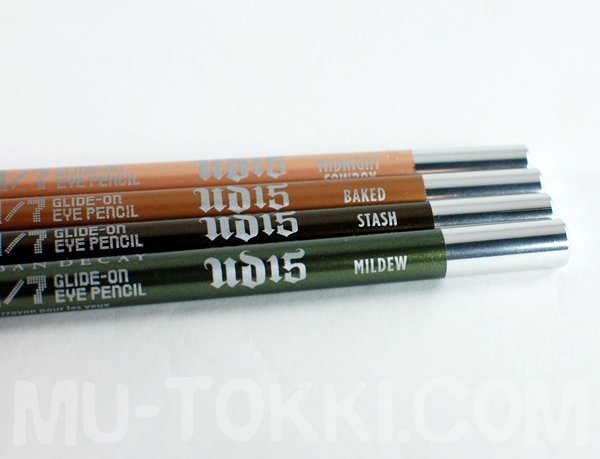 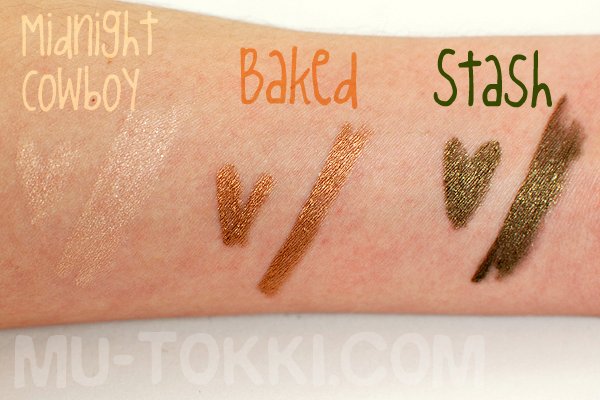 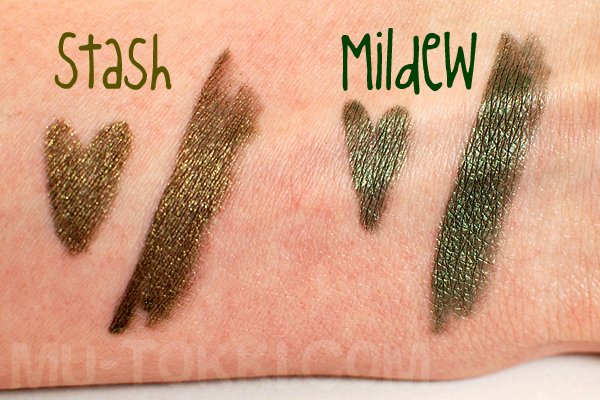 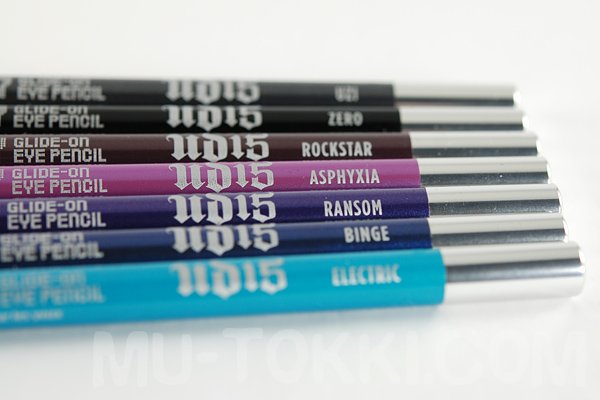 I'd like to point out that the color of the Ransom pencil is not exactly true to life to me. In reality, it has more of a purple hue than the blue tone shown above. It is just an issue with my laptop's settings, I think. Also, my skin tone looks weird in some of these photos, but the colors of the swatches are fairly accurate. 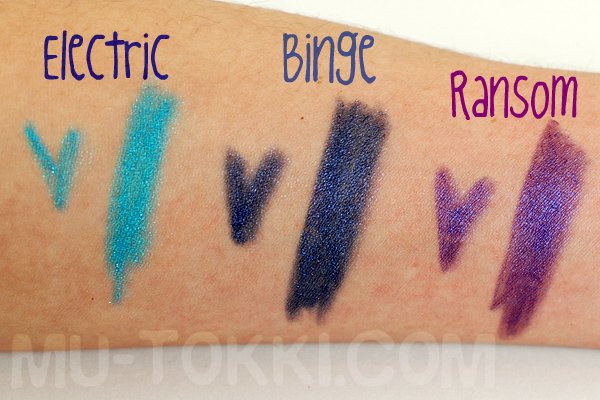 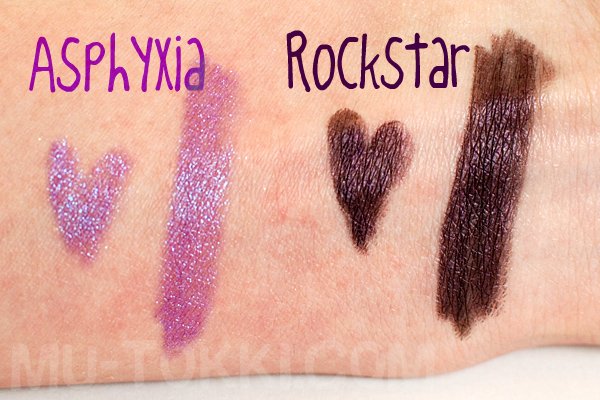 Other than my major problem with the smell of these, I only have a few nitpicky complaints about two colors in this set. Binge is not as pigmented as other colors, but it is buildable and Ransom is a pretty color, but can be streaky in application. No serious complaints though, these two colors just need a little bit of extra work to be used like the others. 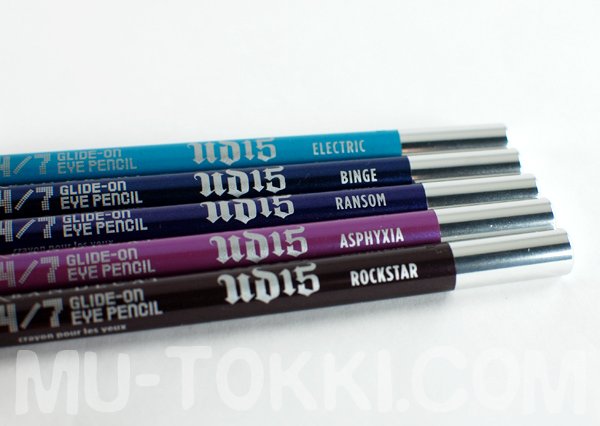 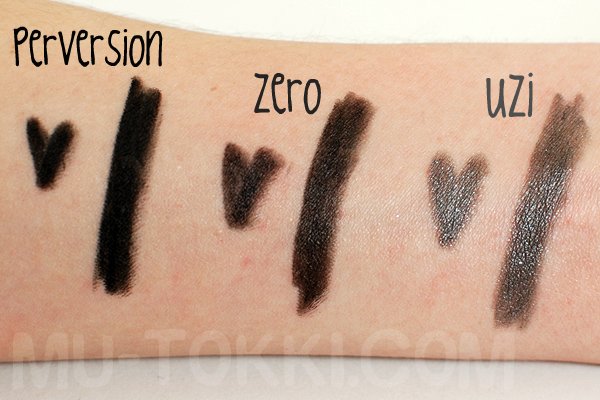 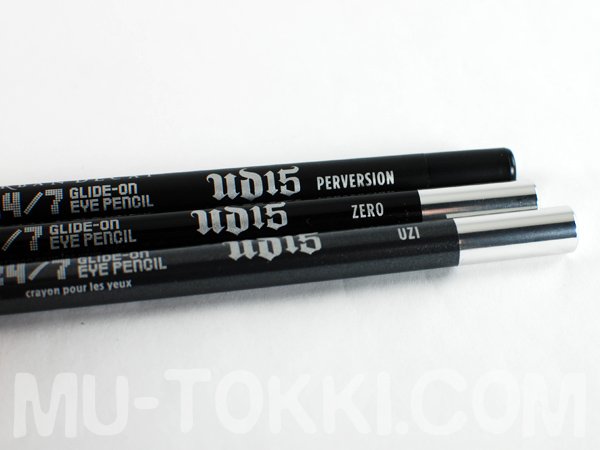 Perversion is such a nice creamy black matte that is the darkest eyeliner yet! Compared to others in the set, it specifically takes a little extra rubbing with remover to get it all off, but its lasting power makes up for that.
Obviously, the huge con with this set is that I have had it since January and they have not lost their nasty plastic smell. I've tried to air them out in dry heat/cold and nothing's worked. The only thing is that the smell has lessened but only to the point where I don't get a stomachache from entering the room they're in. The recycled box storage above is not a joke and it's really how I store these eyeliners at home to keep them from infusing the rest of my makeup with the smell. By the way, the old Josie Maran box became heavily fused with the smell after only a day of keeping them in there. I feel like these eyeliners will last me a very long time since I tend to not use them as often as I'd like due to the smell rubbing off on my fingers. (Can you tell how much I hate the smell of them?)

I understand that Urban Decay is a very well-known brand and they probably get tweeted a lot, but I can't help but feel neglected as a fan when I ask big makeup companies about issues with products or service. It is terribly discouraging and always makes me feel like I'm not a priority because I'm not e-famous with a huge following. I get that it's all about promoting themselves with only the 'good,' but what about helping to resolve the problems some of us might have? [@Urban Decay, @Sigma] It would be nice if people like myself were appreciated for her time and effort every once in a while. I'm just one customer who will probably get overlooked again, but don't I matter too?