I really wanted to like these cream shadows from Urban Decay, especially since they're on sale for 3$ now. They work fine as bases but I can't seem to make them work for me on their own. 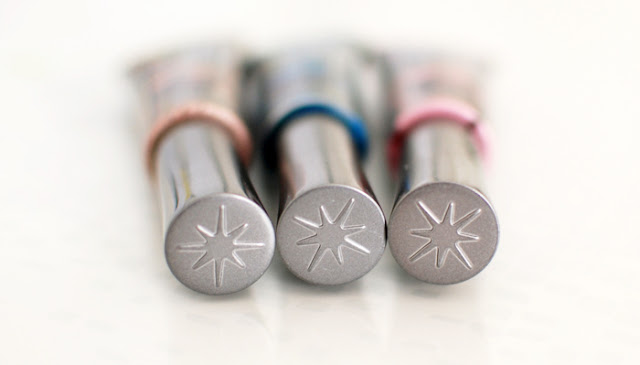 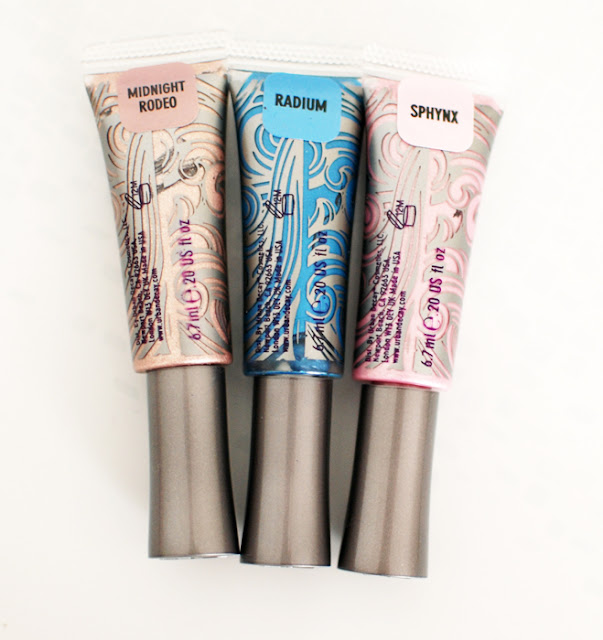 I've had Midnight Rodeo since December of last year, and I never really became a fan of these shadows. I even paid full price for it back then and thank goodness it was only on one cream shadow and not three.

It's hard to take Midnight Rodeo seriously. I've only used it a few handful of times and trying to get product out is unreasonably frustrating for what's just a fallout-prone, gritty, and glittery base. I paid 17$ for a product that's supposed to pack a whole lot of color, serve as an eyeshadow alone, but it took two minutes just to swatch it.

Radium was the better cream shadow out of the three. Application is creamy and smooth, but it can apply streaky and also feels like there's barely any product in the tube. Perhaps mine have just been used and I was sent them by mistake. Either way, Radium performs well as a base and doesn't crease too much. 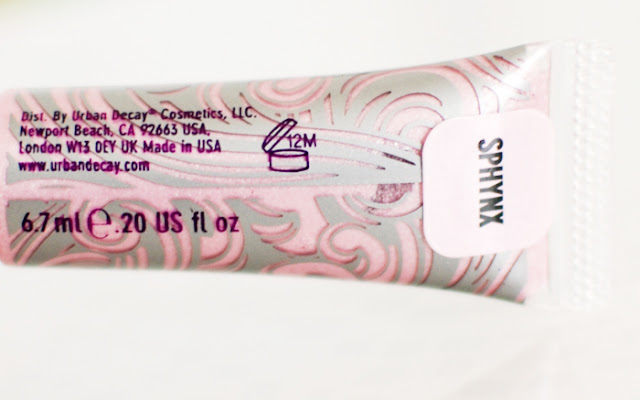 Sphynx is like a pink version of Midnight Rodeo except that it has even less product in the tube, and it's a more recent buy! I could barely get any out just to swatch it. Attempting actual use and testing wear were equally as frustrating.

I'd like to point out that for as long as I've had Midnight Rodeo, I didn't feel so negative about it until recently. I compared it to a decent dupe called RSVP, a cream shadow from Benefit.. After digging up old swatches of Midnight Rodeo from March, I realized that it hadn't always been this way. The very first couple of times I did use it, I remembered that product application was smooth, creamy, and pigmented. Wear time was okay and I didn't have all these qualms about gritty glitter fallout. So maybe Urban Decay sets their expiration dates incorrectly because five months ago, Midnight Rodeo performed decently well in accordance to official claims.
Alas, I'll just chalk up the poor performance of these cream shadows to early expiration, but that doesn't excuse their quality. I'm disappointed since they seem to become 'old' so quickly well within the first half of their projected expiration. Despite the great discount on them currently, I'd still skip getting these.