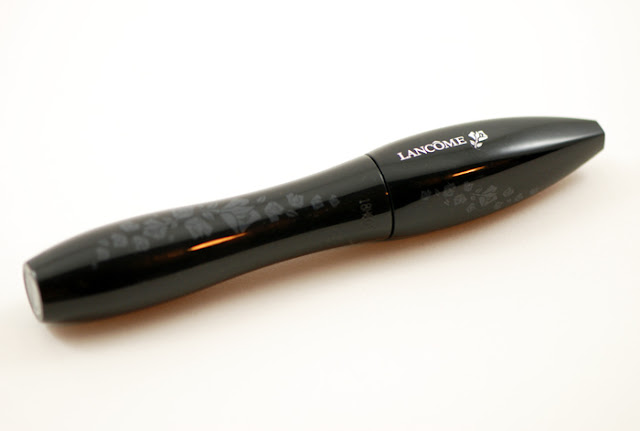 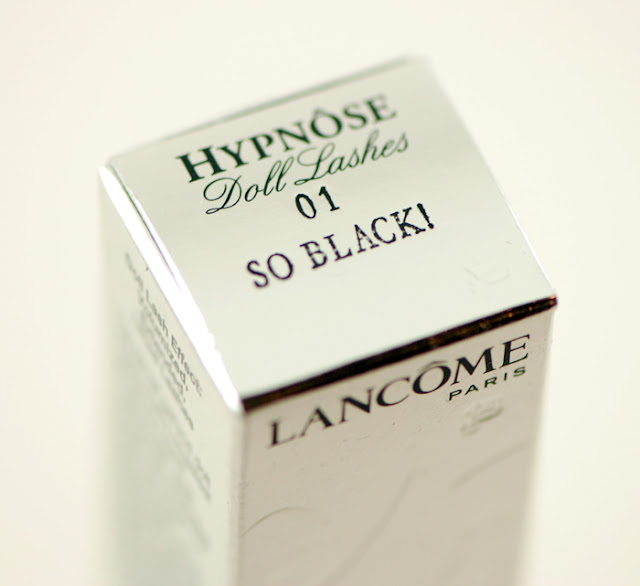 I wanted to try out a high end mascara, so I went with a Lancome one that was released recently. It was 25$ and is available online at Sephora. 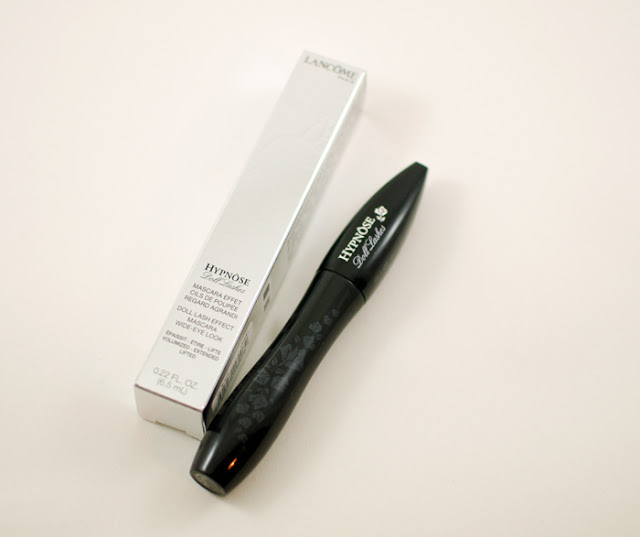 I find the packaging rather pretty with the Lancome flower patterned imprints and almost hourglass feel. The tube itself feels sleek and is lightweight. The cap twist-clicks closed so the tube will remain secure if you travel with it or carry it around in your purse. 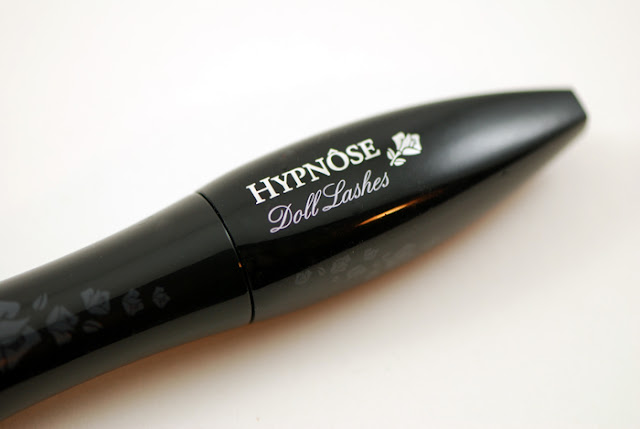 The mascara wand is cone shaped and the bad part about that is mine had a lot of mascara goop on the top half when I first opened it. Though seemingly wasteful, after clearing off the excess with a disposable spoolie, I haven't had that problem again and there has just been a bit of excess on the tip, which is acceptable. 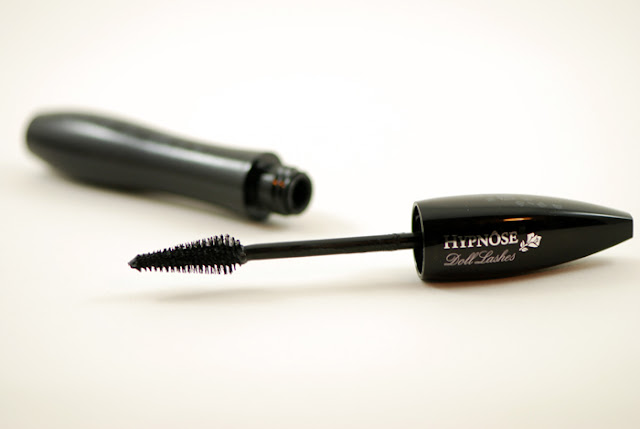 The purpose of Doll Lashes mascara is to extend, lift, and 'pump up the volume' of your lashes to doll-like proportions. It follows through pretty well on its claims as it does lift my lashes even without curling them. It keeps them looking natural, doesn't flake off, and doesn't clump up when adding additional coats. I included swatches on my arm and left eye with uncurled lashes. { As usual, please excuse the derpiness of my eye as I'm still trying to get better at selcas. } 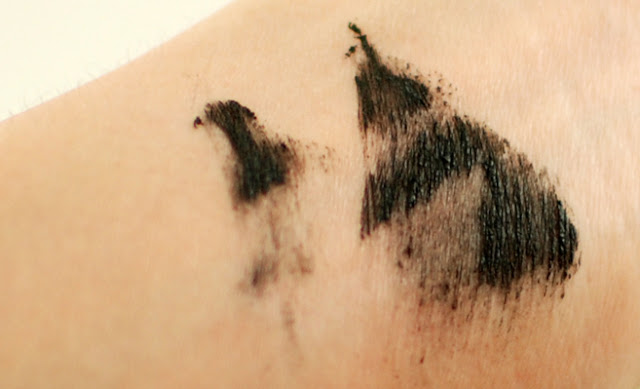 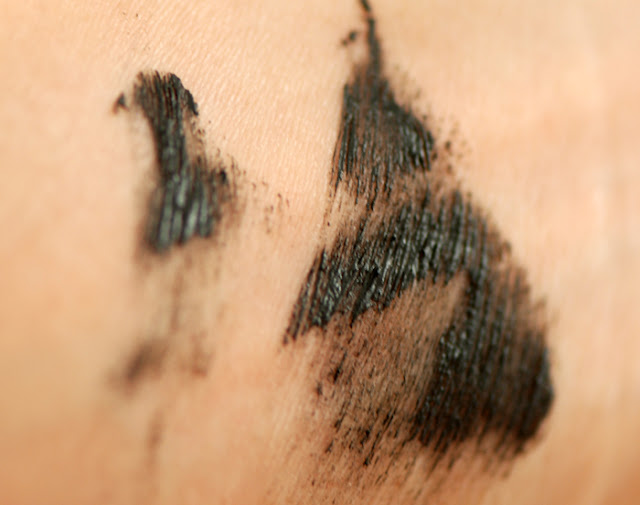 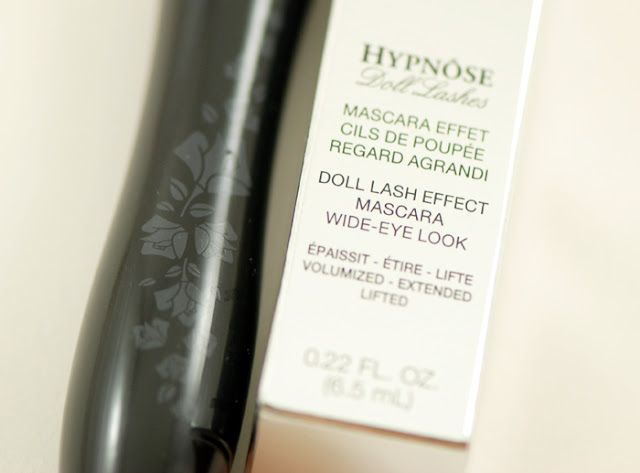 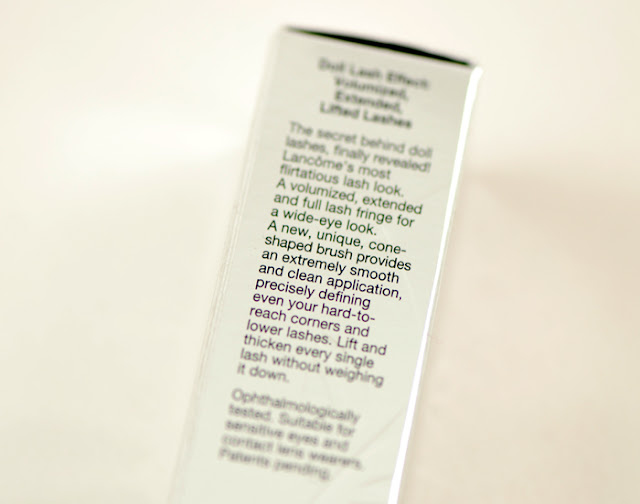 I forgot to mention that the mascara has a pleasant floral scent to it. I've never come across a mascara that actually smelled nice, but the thought of that never really occurred to me. Maybe it's a common aspect of Lancome mascaras though. Since this was my first experience with one, I can't give a concrete answer about that. Overall, I think it's a mascara that should be used in conjunction with another that holds lash curls well. I didn't think it performed in terms of volumizing my lashes, but it does a good job of lifting without weighing them down.