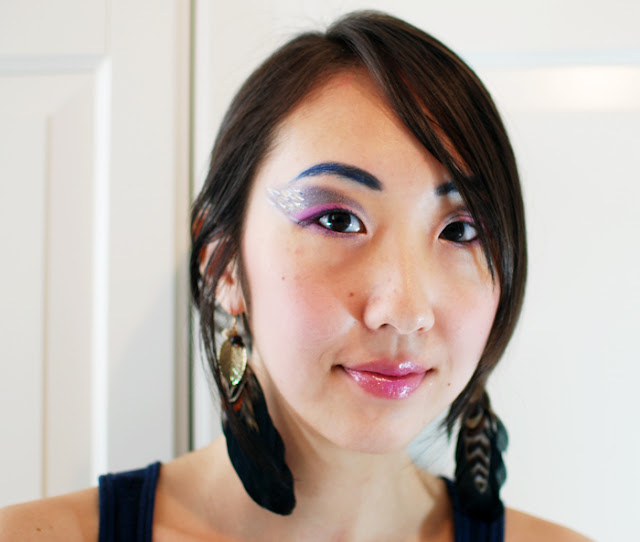 Thank you everyone who gave me such gracious comments from just a screencap! (づ｡◕‿‿◕｡)づ I wish I could hug all of you! It was all really encouraging for me to keep practicing makeup in my free time. Here are the promised photos that I mentioned in last week's Stila feature. 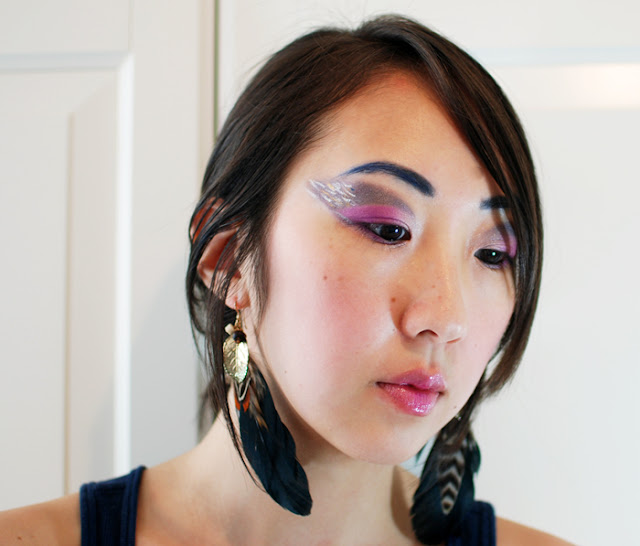 I had been trying out Stila's In the Light Palette and was loving the color Night Sky. It's this gorgeous shade of blue that has iridescent sparkles in it, and I just really wanted to incorporate it in this look. I thinks peacocks are such pretty birds so I tried doing something birdesque and bright. 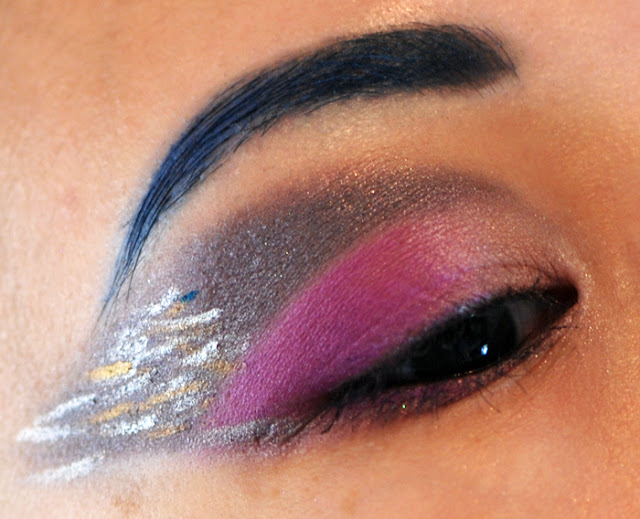 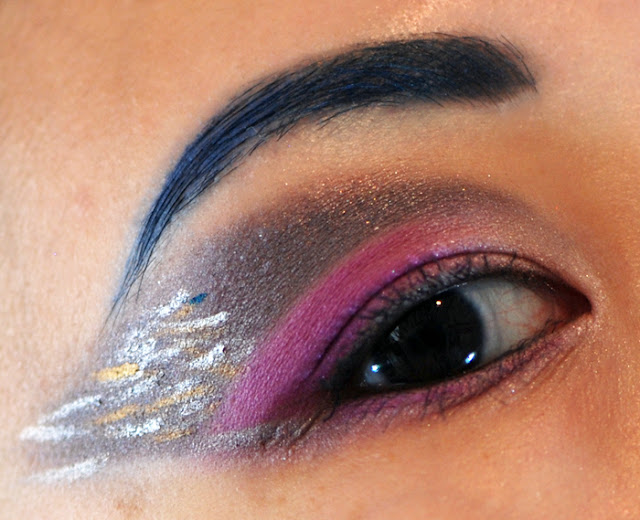 All of the eyeshadows used for this look are from two different Stila palettes: 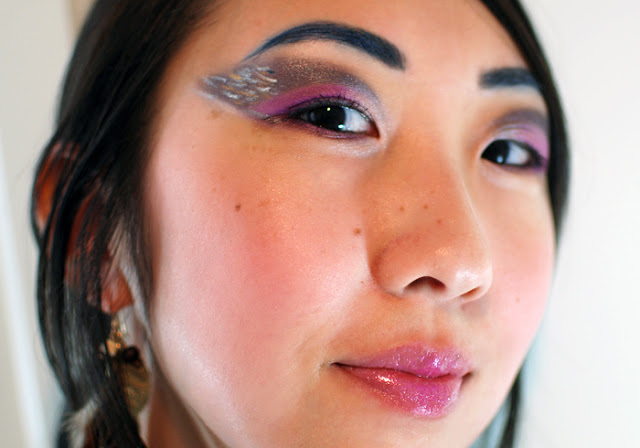 The earrings shown were a giveaway prize I won from Lisa of He Qi Crystal Designs. 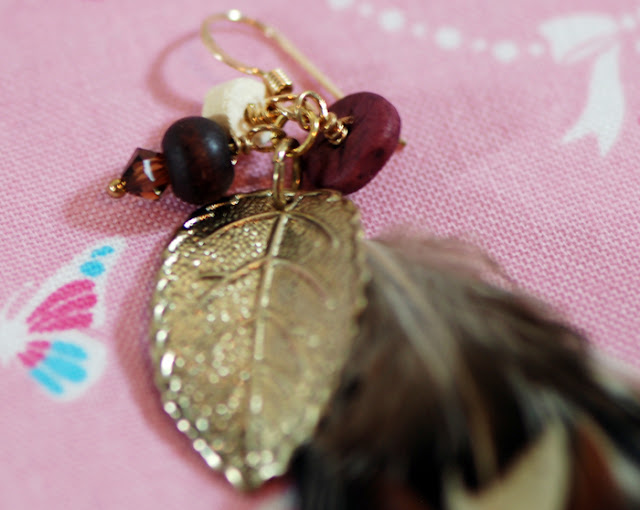 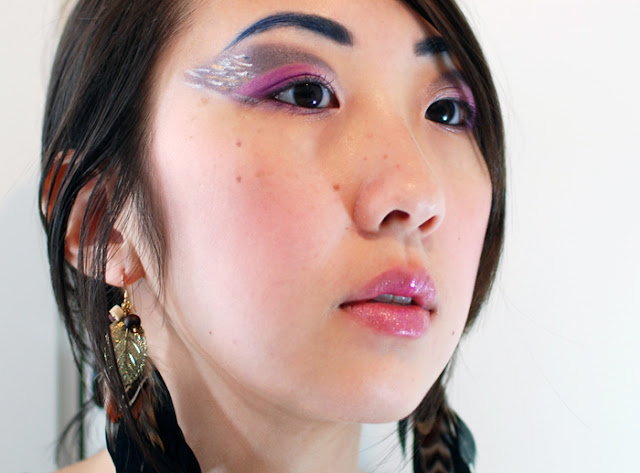 After working on this look, I learned that dramatic ones are actually quite fun! It was my first time trying colored brows, so excuse the look of those. Also, applying makeup evenly remains difficult for me.. ヽ(ｏ`皿′ｏ)ﾉ
In case you wanted to know, that's why most of my left eye is hiding in the photos. I just got too frustrated after several failed attempts at symmetry that I just stopped. { read: I just need to practice more and get used to my uneven face. }
I had fun playing with makeup though, so I hope you liked this look!