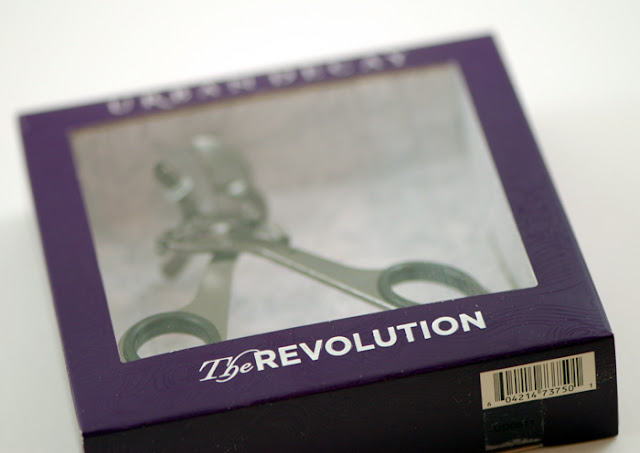 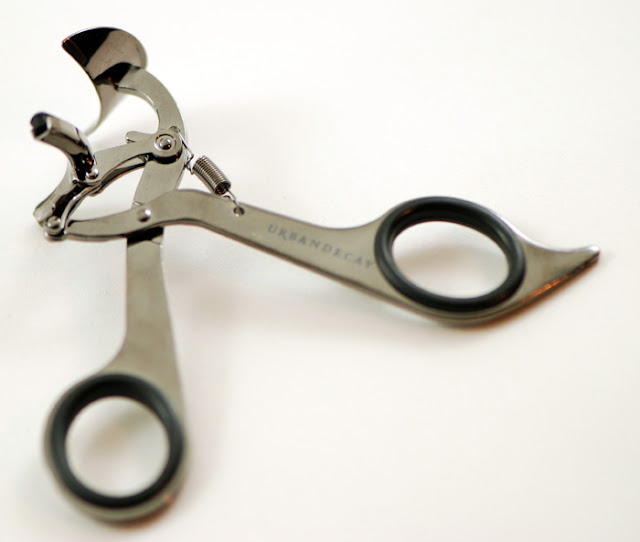 I wanted to like this lash curler so badly. I own awfully straight lashes that basically refuse to curl and I constantly pinch my skin from regular eyelash curlers. Just from seeing the design online, I was excited at the prospect of finally finding a lash curler that works.


This 'revolutionary' eyelash curler from Urban Decay does away with the side bars you would find on typical curlers. Without them, it becomes an open cage that's supposed to give you the option of curling your lashes all at once or in sections. I like the general look of the curler since it isn't too silver and shiny. Though the material is prone to fingerprints, the openings for the thumb and index finger are comfortable and don't strain my digits. Using it was easy and I liked how light and springy it felt. 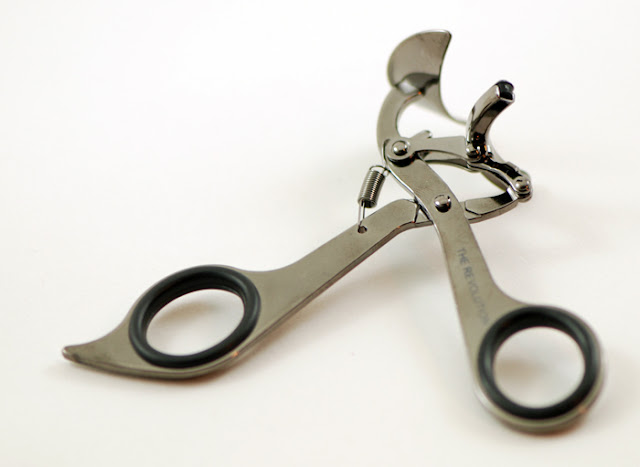 Now my problems with this curler is that it doesn't really follow through with its claims, even though I wish it did.. Personally, I couldn't curl my lashes all at once no matter what I tried--it had to be done in sections. The other major issue I had with it is that my brand new lash curler arrived misaligned.


Initially, this wasn't a huge problem for me, I told myself that my lashes were actually kind of curling and that this minor misalignment was tolerable. But it only got worse, from just one use!


I don't think I was being aggressive, I simply handled it the way I would any other eyelash curler. After various attempts, I became increasingly frustrated and the product just ended up feeling cheap. I wasn't expecting something like this to happen with a new 20$ lash curler. I tried fiddling with it to perhaps somehow fix it myself, but there's no way to tighten the joints and all I could do was push it into the correct alignment. Doing that was useless though since I can't continue pushing it together and curl my lashes at the same time. I suppose I could deal with this misalignment by curling my lashes in sections like the product suggests, but I would prefer to have both options. 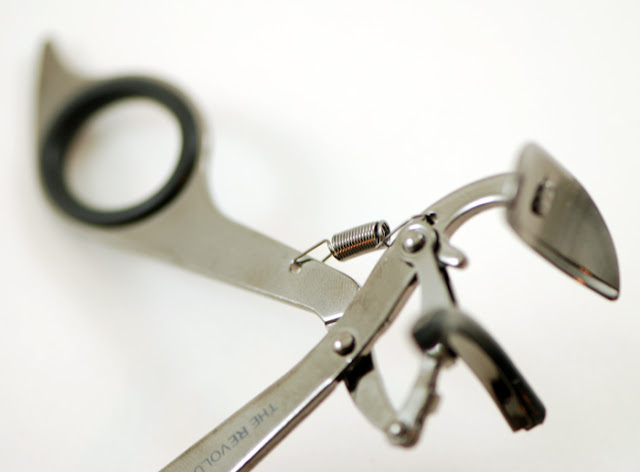 Regrettably, I do not like the current state of this lash curler. The design needs to be refined in terms of proper function and longevity through repeated use. I love that it comes with five replacement pads, the consideration for the consumer is obviously there. But what's the point of coming with several replacements if I can't even use the curler properly to begin with? Maybe if the curler underwent some construction and improved a bit, it could actually revolutionize lash curlers.
tokki rating: D
✖ Related posts: