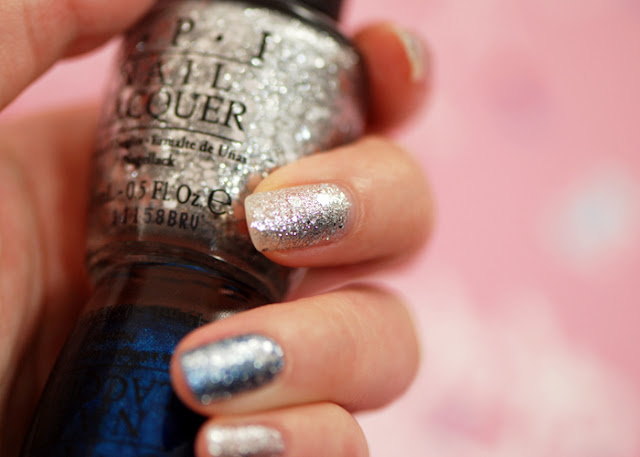 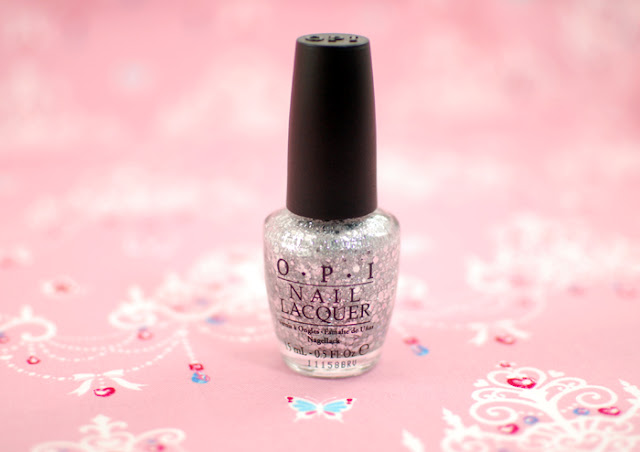 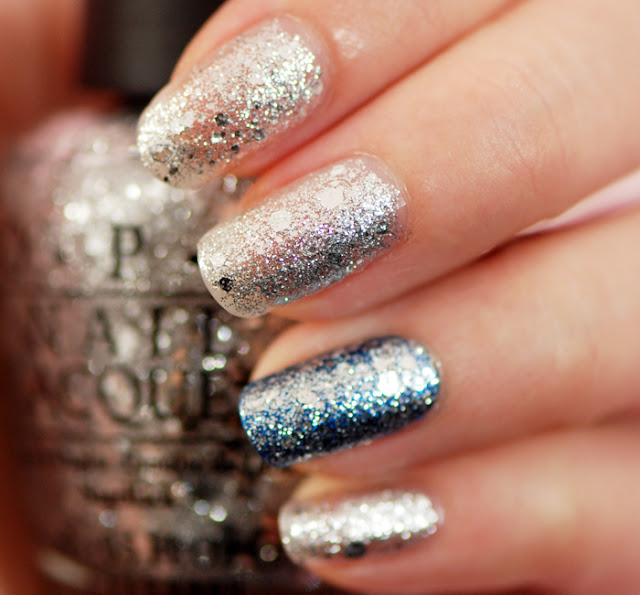 Crown Me Already! by OPI is an older release that I got last month for about 8$ on Amazon. It's thicker than your average nail polish since it's mainly just silver glitter, but there are varying sizes suspended in the gel-like base. 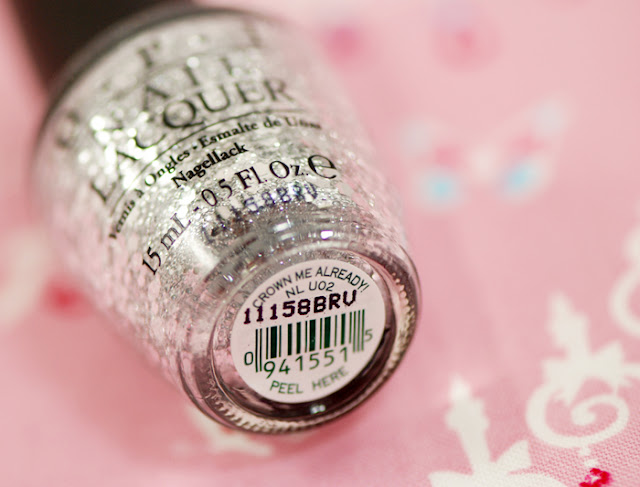 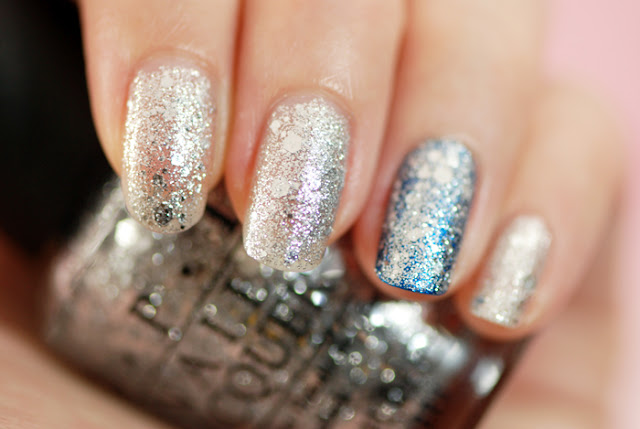 Crown Me Already is a clear base that's packed with glitter: lots of small glitter along with chunks of bigger ones that vary in size throughout it. I found that it did take a while to dry, and looks best on top of a solid base color. The blue that you see on my ring finger is from the same collection and is called Swimsuit...Nailed It! by OPI. 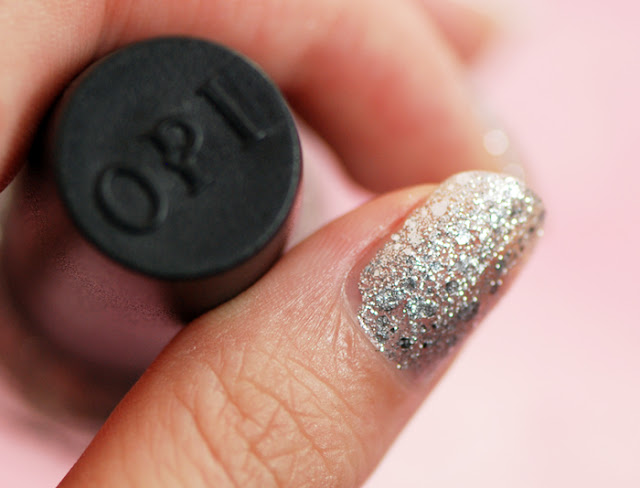 Since the polish is thick and goopy, that makes application somewhat easier (in that it'll be less messy) than with a typical one. I have mixed feelings about the actual application though since controlling the bigger chunks of glitter can be difficult. I had trouble applying evenly to the tips of my nails and sometimes the larger pieces of glitter would clump together on the brush. Once the polish dries down, it surprisingly didn't feel that gritty to me. I didn't think I needed a top coat either, but I did apply one on my index finger, and that seemed to do very little in 'smoothing out' the glitter any better. Opacity is something I didn't consider too much in this review since it is a glitter polish, but I do think 2-3 coats looks good if Crown Me Already is worn alone. 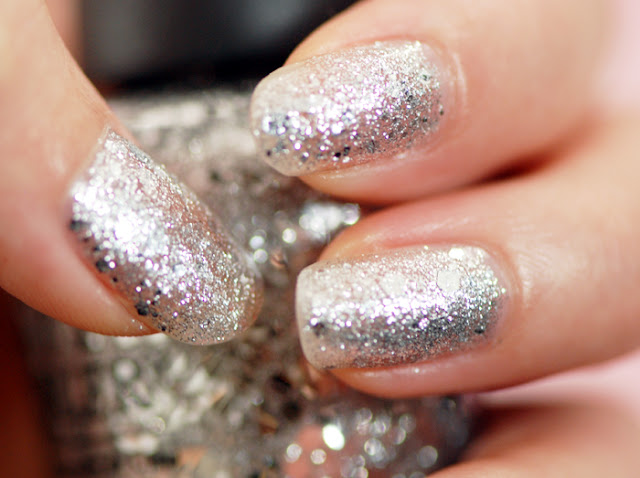 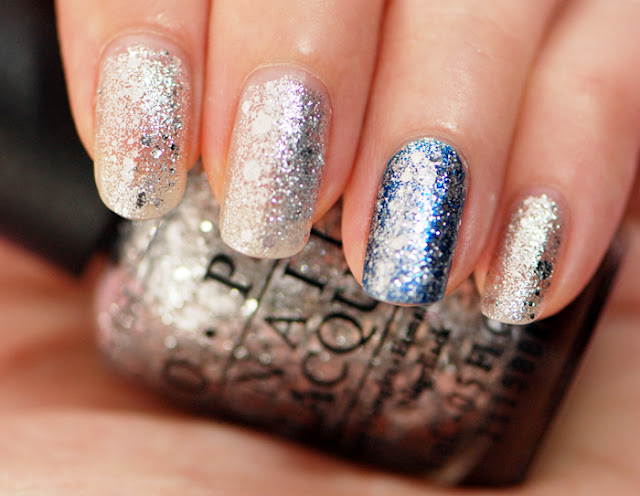 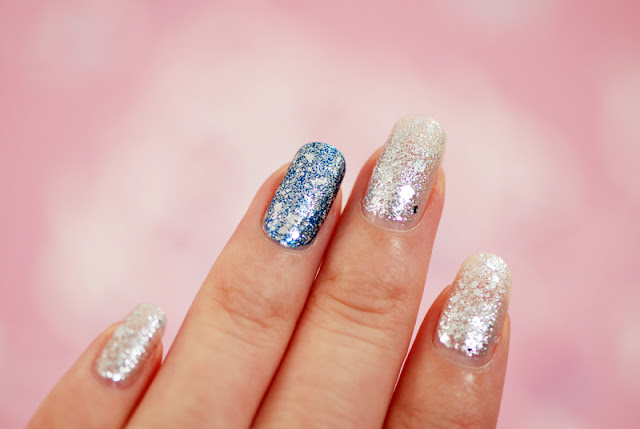 By itself, Crown Me Already has fabulous wear without a top coat. The following photos were taken after five days of wear and my nails are barely even worn at the tips. I didn't start to see chipping until day 10 of this manicure. 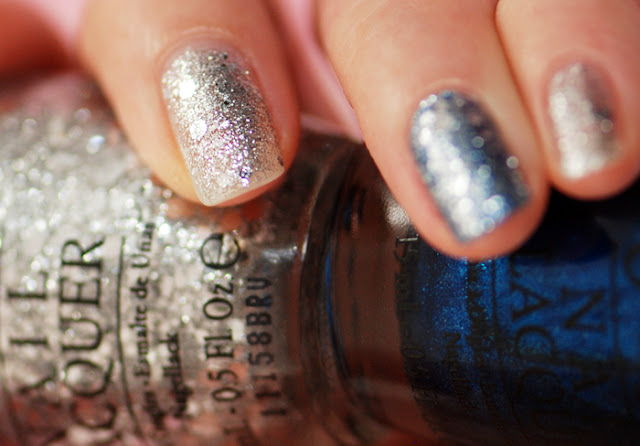 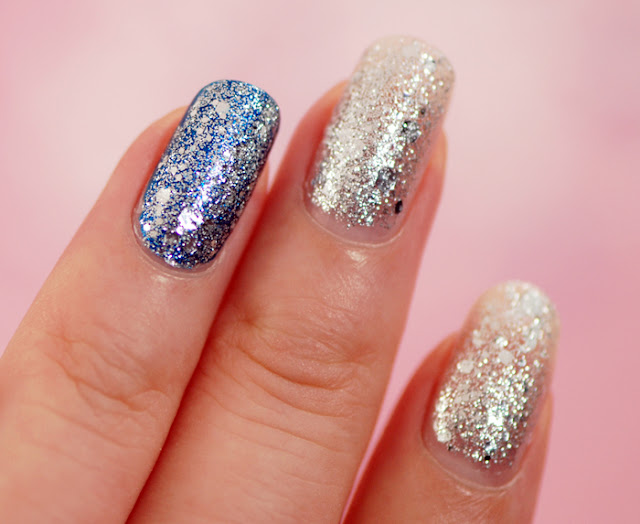 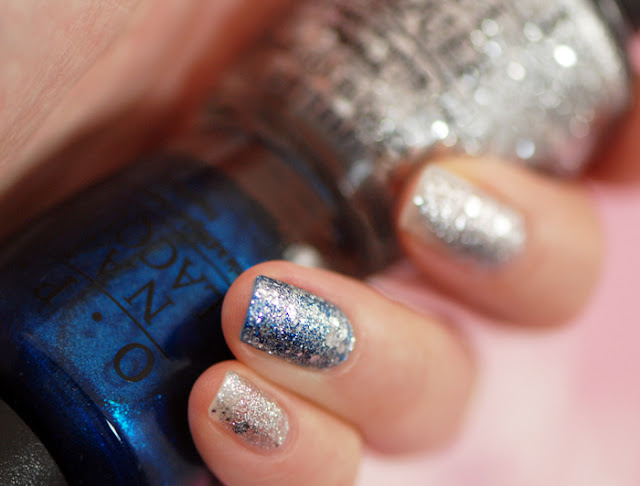 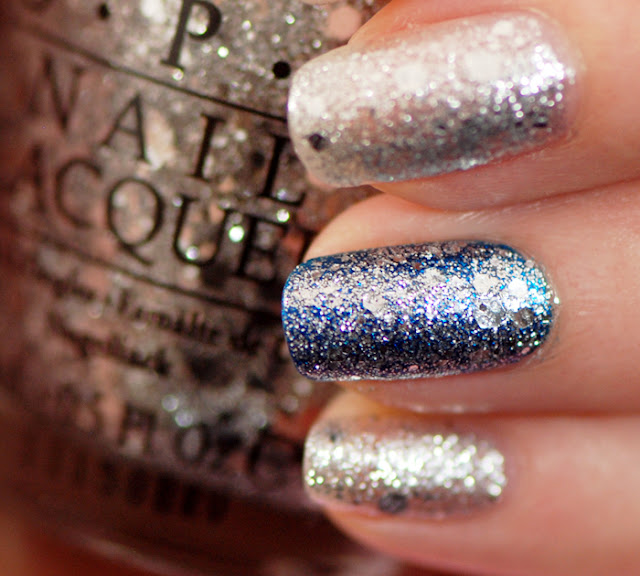 The only downside to glitter polishes is that they're incredibly annoying to remove. It takes some extra remover and patience. Overall, I like the look and wear of Crown Me Already whether it's worn alone or on top of a bold base color.