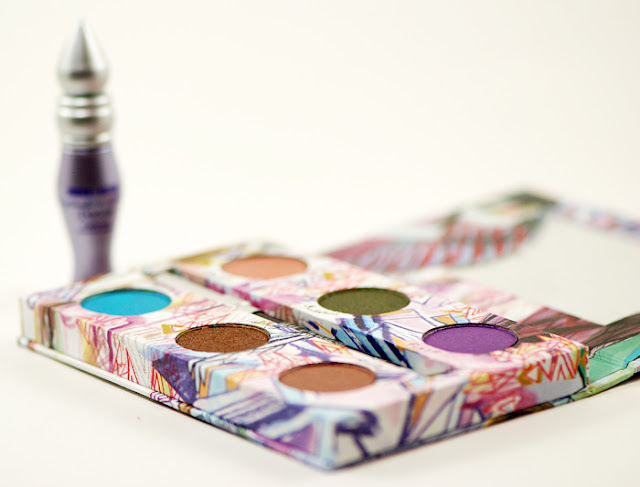 This palette is an older release and I haven't seen it around other than on eBay. It comes with six lovely eyeshadow shades from Urban Decay along with a mini eyeliner in Zero and a mini genie bottle of primer. 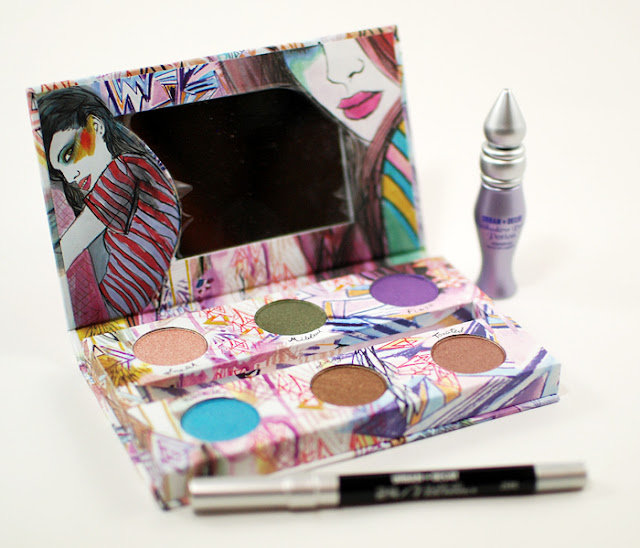 I really like all the colors of the palette, you've got a good mix of neutrals with brights which is great for traveling. Every color is very pigmented and application is smooth except for Flash. It is a pretty shade, and I'm just nitpicking here, but I found that one to be the least pigmented out of the six colors.

I was thinking about putting this palette up for a giveaway since I already own five out of the six shades from other UD palettes I own. I'd like to see how many people are interested though, so let me know in the comments how you think I should give it away. If there is a good response, this palette will be given away next month. Otherwise, it'll likely be sent off to a friend!