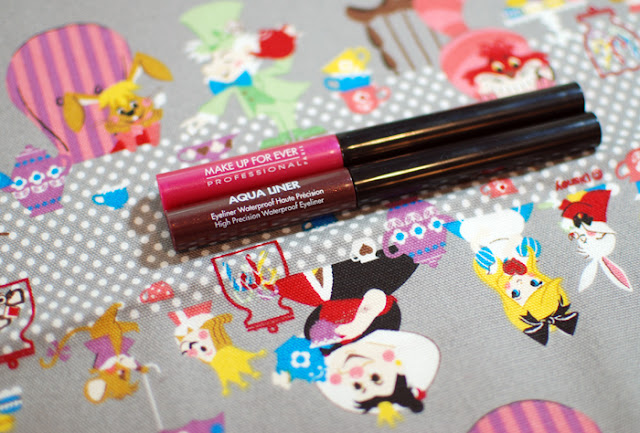 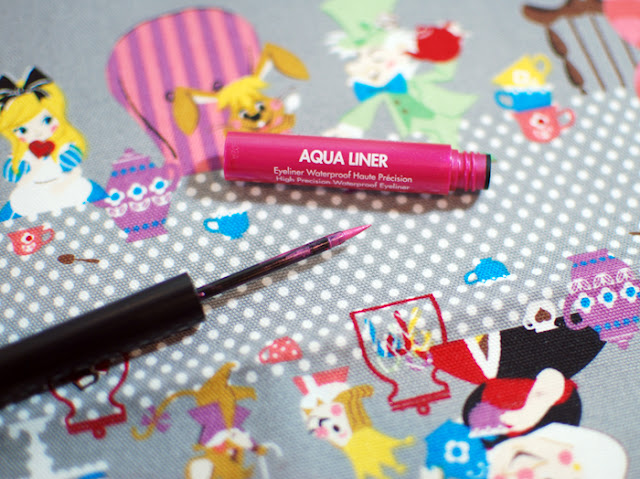 I didn't buy these at the same time, but I've had #9 since May of last year, so it's been more than about a month since it supposedly expired. Yet the product doesn't seem very different (both in smell and application) from when I initially purchased it, so it'll stay around for now. I don't think I've used it very many times to begin with anyway. Aqua Liners retail for 23$ each at Sephora, and the two colors I own are Iridescent Fuchsia and Diamond Burgundy. 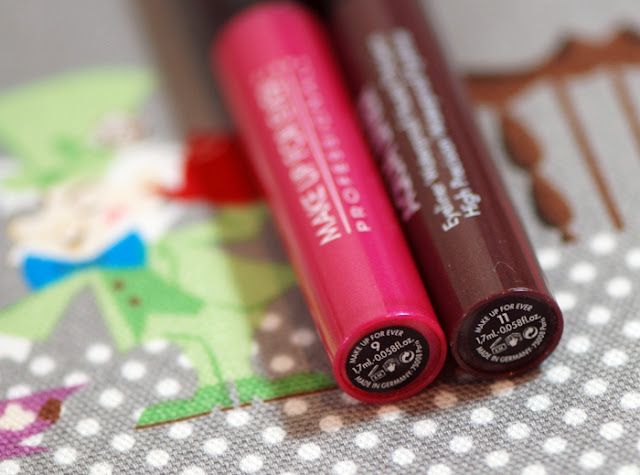 I don't use eyeliner too often (as it accentuates the unevenness of my eyelids), so I opted for fun colors instead of the generic black. Both colors have great color payoff within the first 2-3 passes, then sort of sheers out the more you use it after the initial dip from the tube. In regards to being waterproof liquid eyeliners, #9 holds up a lot better against rubbing with soap and water than #11. However, it should be noted that the latter used to hold up similarly to how #9 still currently does when it was newer. 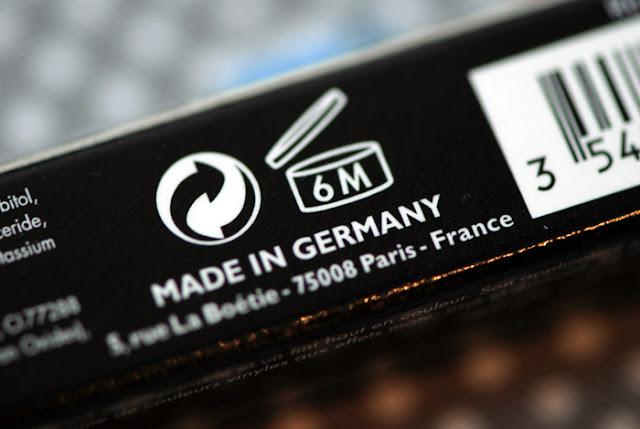 Unlike Urban Decay's liquid eyeliners, Make Up For Ever Aqua Liners come with felt-tip applicators. I don't personally have a preference for either, but I do seem to fare better in terms of precision with these than with brush applicators. Plus, the applicator handles are long enough so that they are comfortable in your hands when in use. Thank goodness, all the liquid liners I've tried (and re-tried) lately don't burn my eyelids, so it's nice to be able to use them around my eyes without that fear. Overall, I do like the color payoff of both colors, and they still perform close to how they did when I first bought them. 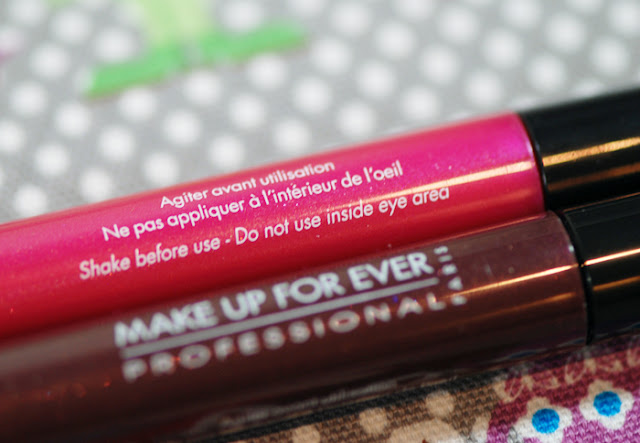 Another aspect that I like about these is that they don't crinkle on my eyelids, which was another problem I had with older versions of Urban Decay liquid eyeliners. Applying too much product with the initial swipe can lead to some minor fallout (specifically just #11), but these don't skip or streak in application, and dry down smooth once they set after a few seconds, and lasts for hours until you want removal.