ManGlaze Fuck Off and Dye 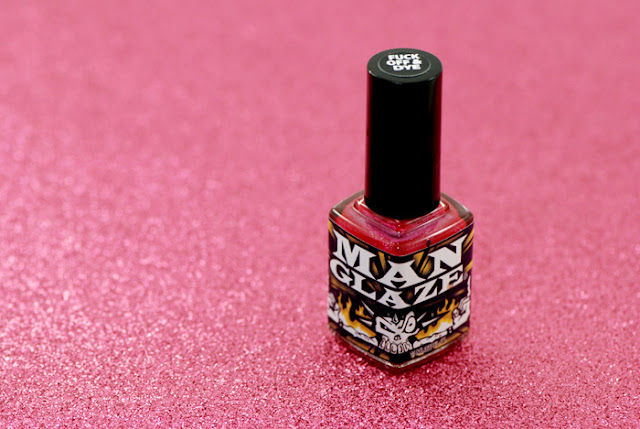 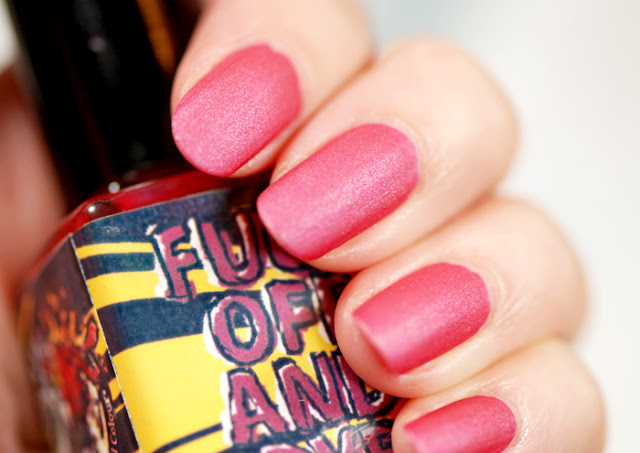 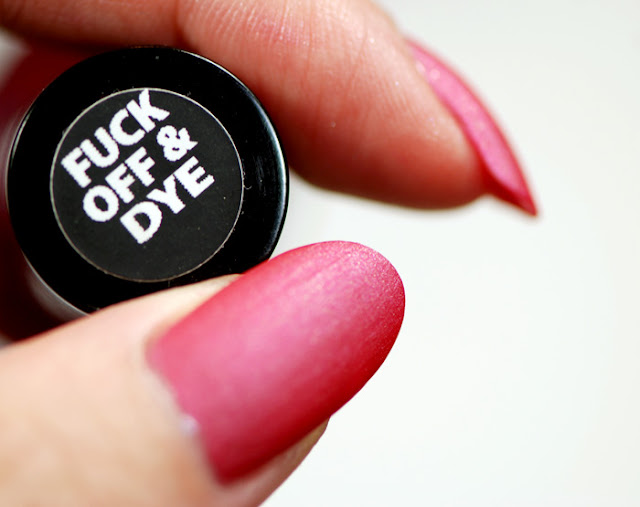 Another older release from ManGlaze is Fuck Off and Dye. It doesn't have the nicest polish name in the world, but it is a great matte. I received it back in the summer of last year (late postings, much?) because they felt bad about how long my order of Matte is Murder took to arrive. It actually didn't really bother me in the first place as it wasn't even their fault, but since then, the company has always had a special place in my heart.

The photos for this review were taken at a few separate times, so I apologize for that lack of consistency in this post. 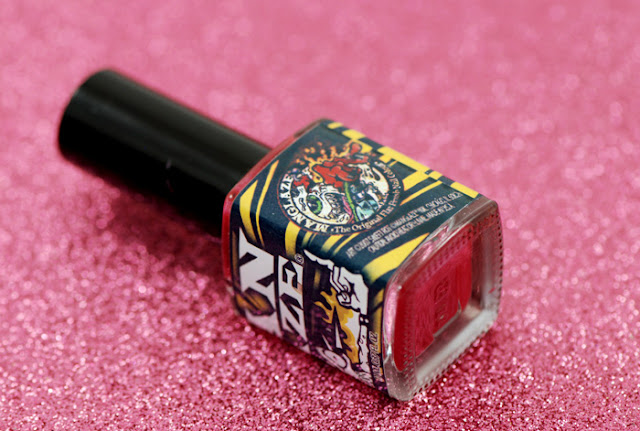 FOAD (I like to pronounce it "foed" as I used to call System of a Down "SOAD") is essentially the hot pink version of Matte is Murder. You can find it for 11.82$ (11 ml / 0.37 oz) at the ManGlaze facebook store which is still running 10% off until their website revamp is done. { Update: } Amazon seems to be carrying the color, and you can get 10% with the code OCCUPYME. 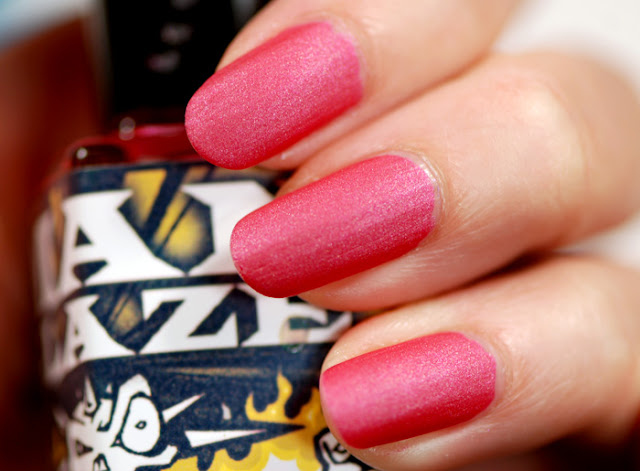 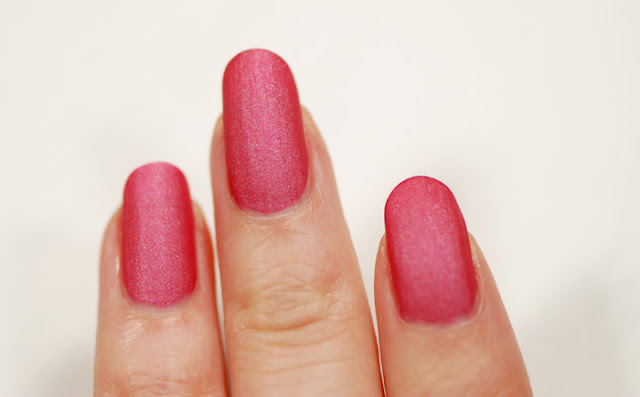 In regards to the formula, I found it to be more difficult to work with than Matte is Murder. Sometimes it would streak and wouldn't settle on the nail I was painting if I didn't use a heavy enough coat. Despite the formula however, the pink wears quite well for a full week. The finish is a smooth matte with lots of of micro iridescence that reflects mostly hot pink. Similar to Matte is Murder, that iridescence is really only noticeable up close. 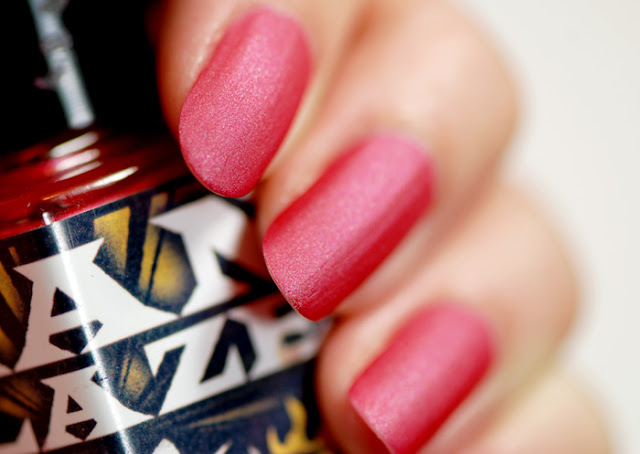 Opacity is great in one heavy handed coat, or with two regular coats of polish. Like I said before in terms of the formula, it's not the best ManGlaze, but keep in mind it's also a much older release, than say, Mink Mitten. I do feel like I have less leeway to mess up with this one out of all the colors I own.
I was sent a matte guitar pick with my gift as well, and got a second one in a subsequent FAiL collection order. Later, I made them into earrings and included a bit of a girly touch by adding bows.


After a week of wearing it, I had no chipping and some minor tip wear. The most wear occurred on my ring and pinky fingers which both only had one coat. Tip wear was even less on my thumb, index, and middle fingers that all had two coats. When testing, I wore FOAD with a base coat as it's supposed to stain your nails without one. 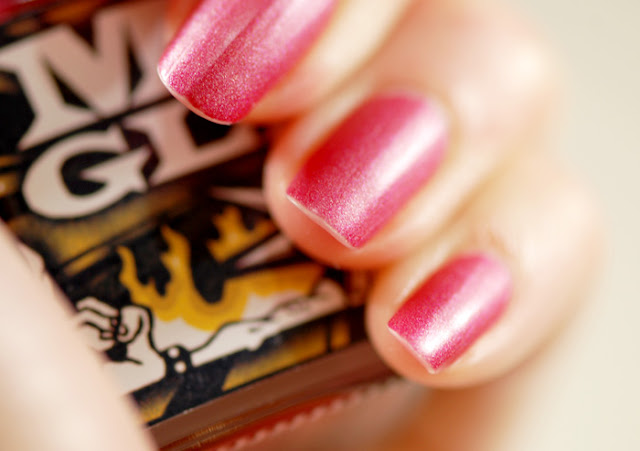 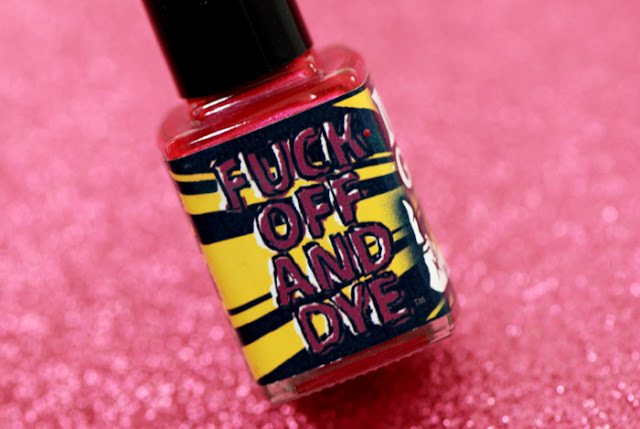