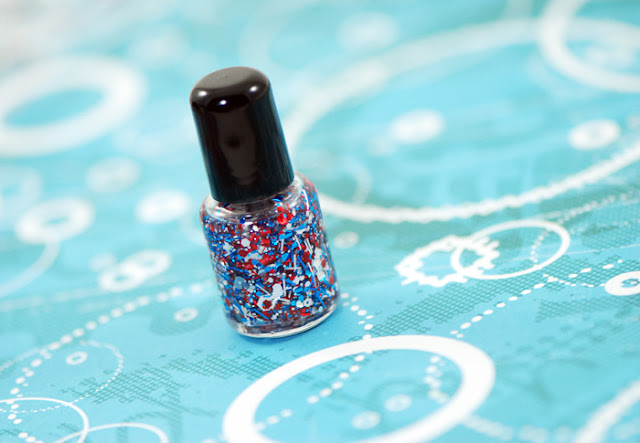 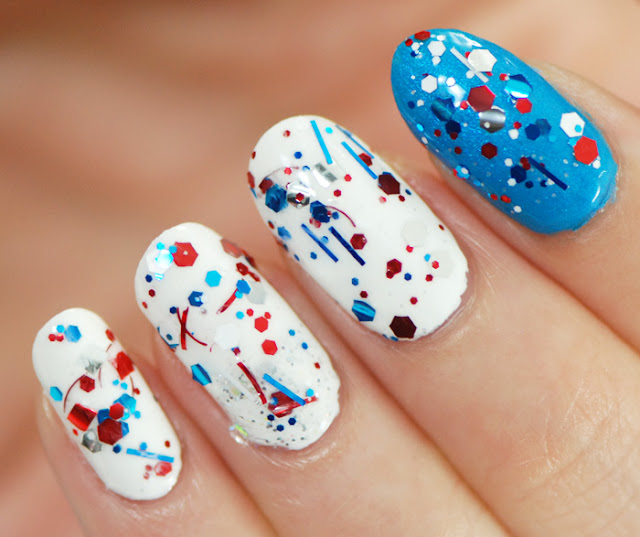 What's this? A themed post that went up on time..?! Here are my nails for Independence Day! 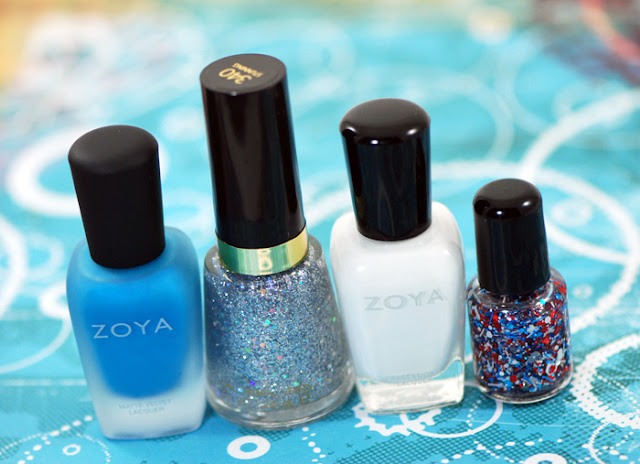 I did something rather simple because I wanted to use Freedom Calling for today. I realized afterwards that I probably shouldn't have used a white polish since it really subdues the look of the white glitters in it. 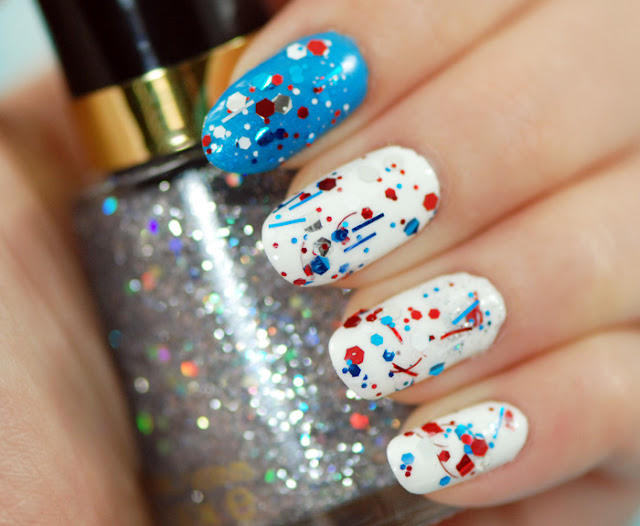 Unfortunately, I was rather displeased with this manicure because of the curling in the confetti glitter. I absolute love the combination of glitters, but a majority of the red bar glitters seem to have curled within the span of about a month. The red and silver square glitters have started to curl as well, though not as extreme or as noticeable compared to the red bars. I found this really strange since I hadn't come across this problem with other P&P glitter polishes. Upon inspecting my other bottles, the curling of red bar glitters seems to be a common problem found in my bottles of Pool Party, though not to the severe extent of Freedom Calling. Curled bar glitter looks really tacky to me, and I am not willing to fish them out just so I can use this glitter polish without getting annoyed by how it looks. 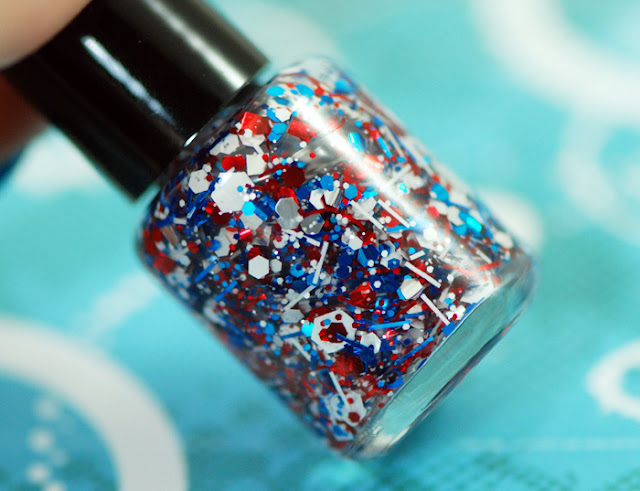 Originally, I placed an order for both Freedom Calling and another bottle of Pool Party on May 30th. I believe I received my order during the first week of June and immediately swatched them. Below are photos of Freedom Calling looking the way it should (initially) and then more recent swatches from earlier this week. I keep my nail polishes in a closet away from light sources, so I'm inclined to believe that it's been stored properly. Perhaps I simply got a dud, but all this curling is just disappointing. It's not practical for a customer to have the pressure of using up an entire mini bottle of glitter polish within a month for fear of curling, right? 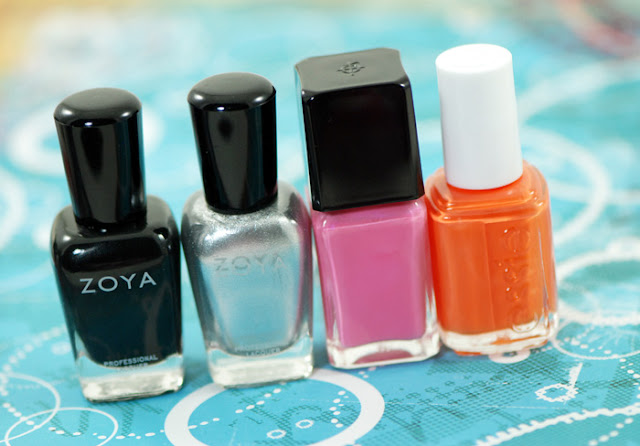 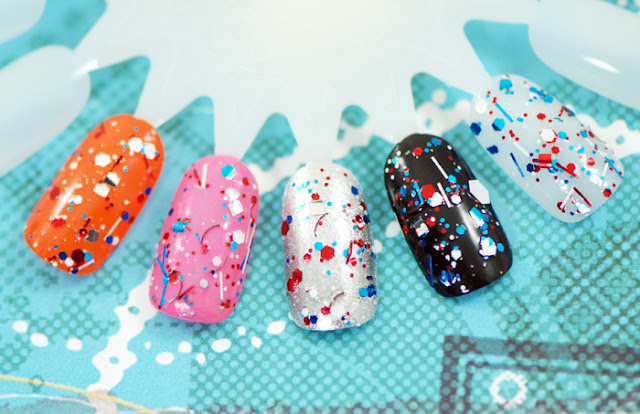 tokki rating: D (would've been an A+ had it not been rendered useless to me now)