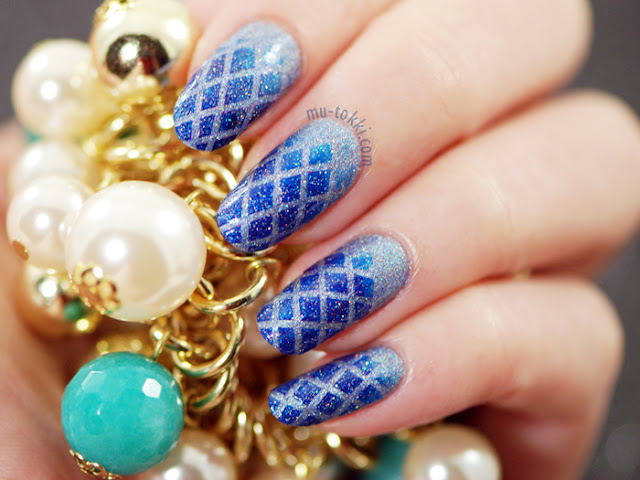 Back in May, I tried creating a fishnet manicure using some holographic polishes I had bought from Llarowe along with some striping tape. It was my first time attempting anything with striping tape, and I tried to do a gradient as well. 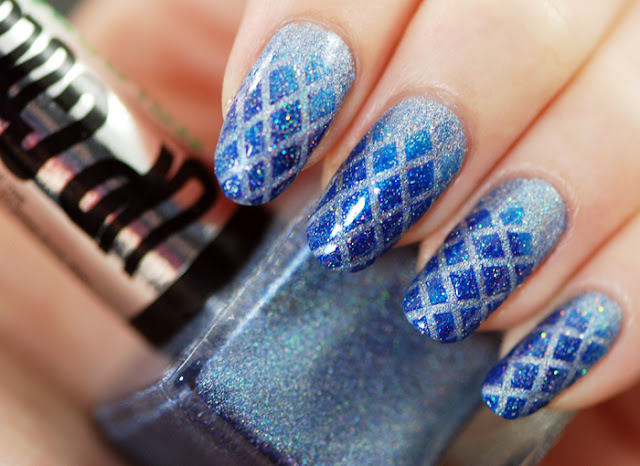 I was rather proud of these, but didn't like a lot of the photos I took. But in spite of this delay, here's an official mini post of this mani. The fishnetting is imperfect, but I kind of like it that way. Just doing my left hand took much longer than I thought it would, with a bit of trial and error before I got the hang of it. Hope you enjoy the pics! 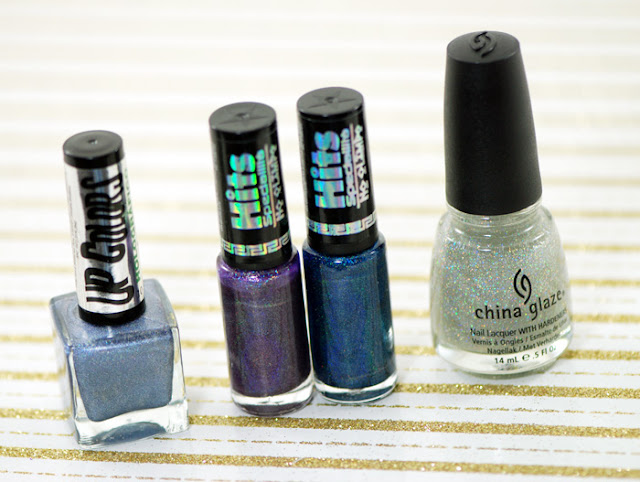 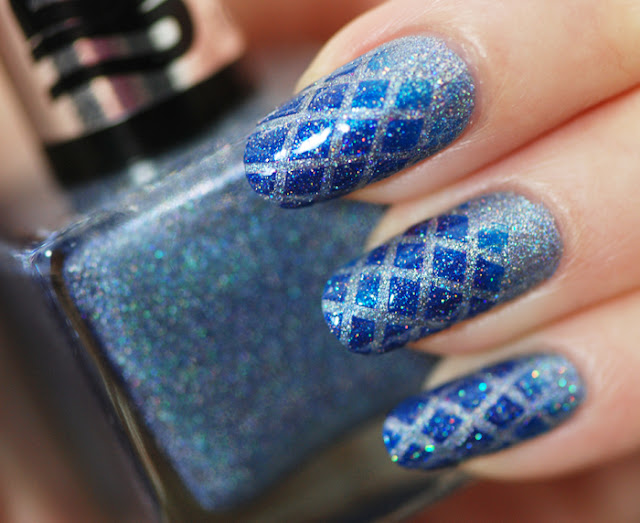 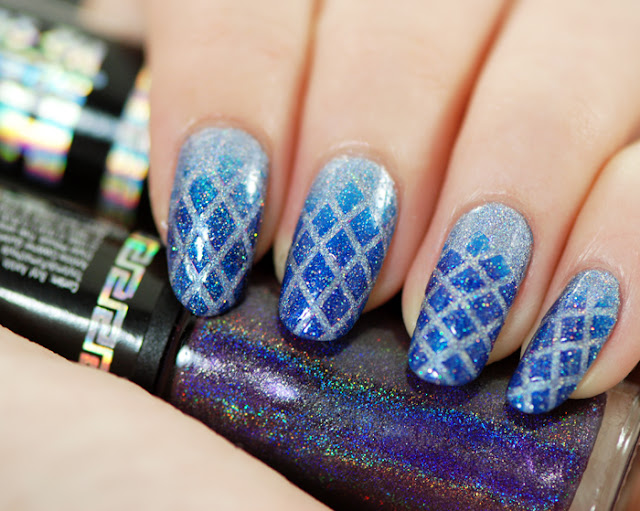 Here's a fun fact I learned today: there is actually a difference between ombré and gradient manicures. Originally, I had titled this post "blue ombré fishnets" until I learned that that would be incorrect. So an ombré mani is a light to dark gradation of colors within the same color family, with one color painted on each nail. For example, five different shades of blue that range from light to dark would make up the ombré colors for one hand. Now a gradient mani uses a gradation on each individual nail that uses any number of colors in any amount. I just happened to (mostly) use the same color family for the one featured in this post. Does that make sense?